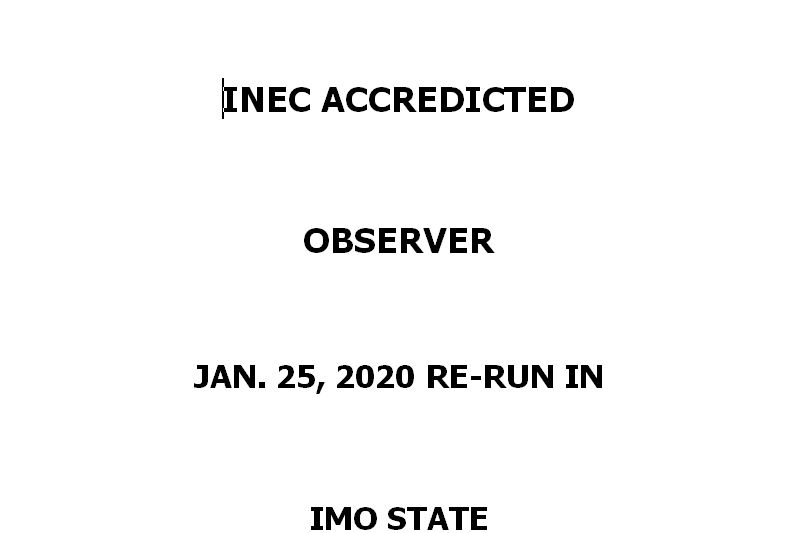 We hereby notify your well respected office in regard to our observation during the election held on Saturday 25, January 2020 in Imo state.

We recorded election mark practice in about 80% of the polling unit, most especially in poling unit 002 Eziama School Isiala Mbano where ballot paper were scattered on the floor due to violence and election malpractice, INEC official were rough fully chased out of the polling unit, also in Isiala Mbano area some gun men with military uniform invade a coalition centre and packed ballot box and paper while shorting and scared people away.

In the coalition centre where the result was announce, but before that we were surprised to see party agent and every other party representative including observers were chased out of the coalition centre for almost two hours, within that period we believed a lot of atrocity most have happened.

In conclusion to that, re-run election report by Nigeria Progressive Women and Youth Development Initiative INEC accredited observer January 25, 2020 election in Imo State is not free and fair to level of conviction, it’s recorded that unknown gun men with military uniform invaded coalition centre and do way with election material, INEC official were chased out of voting centre.

Your’s in the struggle for true democracy.