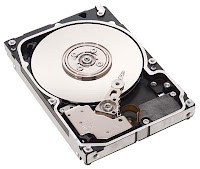 I bet you never thought you would live to see the day we had 10TB hard drives did you? Well, helium-filled hard drives have finally reached this point by creating the first 10TB hard drives that use conventional recording methods.

Western Digital subsidiary HGST has created the Ultrastar He10 which, interestingly enough, is not the first 10B helium drive. HGST created the first real 10TB hard drive back in the summer. However, this new drive is the only helium drive that has 10TB and uses perpendicular magnetic recording (PMR), the standard recording technology for hard drives over the last 10 years.

The first 10TB drive from HGST used shingled magnetic recording (SMR). SMR uses magnetic tracks that overlap to increase capacity. The downside here is that there is very little guard space between the tracks, which makes rewriting data much more difficult and longer as adjacent tracks may need to be rewritten as well. That is why SMR is better-suited for cold storage as opposed to routine recording.

PMR has some negatives too. The problem with PMR is that is is coming to the limits of its potential capacity. Regardless, HGST has pulled off something quite amazing by stuffing seven platters into a standard 1-inch drive. Helium drives from other companies, like Seagate, top out at 8TB. Both Seagate and HGST have been putting money into new technology known as heat-assisted magnetic recording, which allows for a much higher capacity and is better suited for everyday use though these hard drives won't start showing up until next year at the earliest.

Just like with the earlier helium drives from HGST, the Ultrastar He10 is being marketed at enterprise and server use and will have a price tag of around $800. Compared to air, helium isn't as dense which means that there will be less of a drag on the moving parts of the drive. This decreased friction when combined with hermetic seals that keep out contaminants and humidity allow these drives to run at cooler temperatures than a standard HDD. This will also reduce your energy costs. This makes them perfect for use in servers though the direct impact on consumers will be minimal. Regardless, the larger capacity could benefit the cloud services that we are relying on more and more.