- November 04, 2015
By now most Windows users have upgraded to Windows 10. However, some people are still using Windows 8.1 or Windows 7 while others are looking to buy a new laptop, desktop or tablet with Windows 8.1 or 7 pre-installed. If you are one of these people then you have less than a year to do so as Microsoft has just announced that it will be discontinuing both Windows 8.1 and Windows 7. 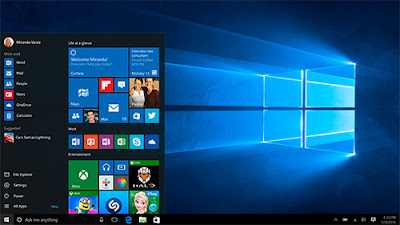 According to the Microsoft Windows Lifecycle Fact Sheet, October 31st, 2016 is marked as the "end of sales for PCs with Windows 8.1 or Windows 7 pre-installed. After October 31st, 2016 the only option for customers will be to purchase new computers with Windows 10 installed. The only exception to this will be businesses with license agreements that entitle them to choose which version of Windows they wish to have pre-installed.

This deadline will be putting a lot of pressure on consumers who have become quite attached to Windows 7 and may be very apprehensive to upgrading to Windows 10 if they buy a new computer. However, this is a logical and necessary step for Microsoft in its goal of having more than 1 billion Windows 10 devices powered up. This also goes along with the company's message that Windows 10 is capable of bringing together desktops, laptops, tablets, and smartphones with apps that can run across every platform.

What Windows 7 users don't really realize is that this is actually really good for them. Microsoft usually sets the end-of-date for each version of Windows two years after the release of a new operating system. This means that the cutoff date for Windows 7 should have been October of 2014, which was two years after the launch of Windows 8. However, the severe lack of consumer demand for Windows 8 insisted that Microsoft keep the operating system around a while longer. Windows 8, if you remember, was Microsoft's attempt at making a touch-friendly operating system, though it transitioned horribly onto non-touch devices and was highly panned by users.

If you want to continue using Windows 7 on your existing PC or laptop then you don't have to worry. Microsoft has announced that extended technical support will be available until January 14, 2020, meaning that you will be able to continue receiving patches, bug fixes, and other updates. This support is also offered to Windows 8.1 users, though it is extended to January 23rd, 2023.

Despite these deadlines, Microsoft is still heavily pushing Windows 10 to users. The new operating system, which came to users at the end of July of this year, is available as a free upgrade to users of Windows 7 or Windows 8.1 for the first year of its existence. Microsoft keeps sneaking in pop-ups on the regular to remind users that Windows 10 is available. Microsoft also classified Windows 10 as an "optional update" and, as early as next year, expects to change that to a "recommended update" according to Windows and Devices Group Executive Vice President terry Myerson.

I have been using Windows 10 since it launched and it's really good. It takes the best things from Windows 7 and puts them in a modern format with new features and apps that really do bring all of your devices together. In addition to that, non-touchscreen users don't feel like they've been given second billing to touchscreen users, something that Windows 8 seemed to do. If you are looking for a Windows 7 or Windows 8.1 computer or laptop, you better move quick because this time next year that won't be an option.