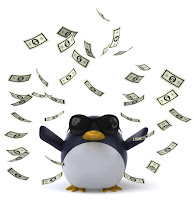 With significant drivers expanding the mission critical applications in the industry, it's no surprise that Linux is the fastest growing operating system in the business. Speed, agility, a unified development environment and cost are all factors to this success. In addition to that, Linux's quality has advanced in recent years with mobile driving an increased focus on this platform. IBM has a lot of eggs in this basket, pushing its z Systems platform to take advantage of this trend and provide the strongest large scale offering around. IBM is convinced that they can expand their capability by taking Linux to new heights and are doing so by announcing the expansion of their coverage. Customers have begun wanting IBM to take Linux and give it the same focus as the company's most capable systems, and that's exactly what IBM is doing.

IBM's LinuxOne Portfolio is designed to provide a selection of Linux distribution of its choosing and with the scale and support you would expect from IBM's most powerful systems, like the z System. In addition to that, there are two other offerings, both of which are named after penguins. These two systems are known as the LinuxONE Emperor and the LinuxONE Rockhopper. Emperor is the premier offering, providing the greatest flexibility and scalability along with performance and trust for business-critical Linux applications. Emperor also has the greatest capacity range and no top end, meaning it can be expanded whenever and however you need to. Rockhopper is the entry system that starts much smaller than Emperor and provides a solution for a smaller company or unit.

Both of the systems allow you to choose your distribution, hypervisor, runtime, management tools, your choice of databases, and your choice of analytics. There are other coverages on hypervisors as well, including PR/SM. z/VM, and KVM. Languages include Python, Pearl, COBOL, Java, and Node.js. On the management side, we have WAVE, IBM Cloud Manager, OpenStack, Docker, Chef, Puppet, and VMware vRealize Automation. In terms of databases, there's Oracle, DB2LUW, Maria DB, MongoDB, and PostgreSQL with analytics include Hadoop, Big Insights, DB@BLU, and Spark. The range of offerings is also pretty good, including single platform, multi-platform, on premise, off premise, and multiple mixed cloud environments with a common toolset.

When it comes to pricing, things are pretty flexible. There's a Pay-Per-Use model with no upfront payment needed, a fixed monthly or quarterly payment, and variable costing that scales based on usage. A second pricing model uses a 36-month fixed lease with a 36-month usage contact and a right to return after 1 year. The final payment style is a Pre-Core rental model that allows you to order what you need when you need it, add licenses as needed, decrease licenses as needed or cancel with a 30-day notice.

Scale out and up supports up to 8 thousand virtual servers in a single system along with tens of thousands of containers, tens of thousands of concurrent users, and the ability to run test, development, and production in a single system. There is a significant focus on speed here as IBM has included its fastest processor, biggest I/O pipe, up to 10TB of memory, and 4 levels of cache, all of which brings you a sub-second end user response time at full load. The platform is designed to run at 100% utilization and to spin containers and virtual servers in a matter of minutes, automatically provide physical resources as needed in seconds via automatic resources provisioning and reallocation.

IBM testing has shown that it can handle up to 30 billion RESTful web interactions per day with up to 350,000 database read and writes per second. This is twice the performance of competitors for any NoSQL database, along with the longest single DB node. This assists in avoiding costs, complexity, and overhead of sharding. 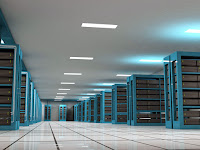 This is Linux without limits. The Open Mainframe Project is a key element in the effort and it is being pushed forward by the Linux foundation in order to drive capabilities and growth. IBM is showing a commitment to driving this project with a lot of funding and company resources. This includes IBM Linux Technology Centers, Open Source Community Contributions, Academic Initiative and Training Programs, and open access to Mainframe community clouds. Members of this project include CA, CompuWare, BMC, Marris College, and the University of Washington.

IBM is pulling out all the stops here and this is definitely one of the most significant moves by the company in the past 10 years. IBM is enabling its centers worldwide to port, test, and benchmark key applications with free access to the Mainframe Community Cloud for developers and students across a plethora of top-tier universities. IBM definitely sees its future tied closely to Linux and a score of students coming from educational institutions and is focused on ever more mobile, flexible, applications.