- September 22, 2014
Last week Micron announced its newest solid-state drive (SSD), one that uses its densest process ever and one that has a chip capable of programming the memory to act like a high-performance SLC or high-capacity MLC flash drive. This new client-class SSD is known as the M600 SSD and uses Micron's new 16nm lithography with 128GB NAND density.

That greater density allows the company to drop the cost per GB to as low as $0.45. In addition to that, the ability to dynamically program the flash also reduces power use while improving write performance up to 2.8 times over models without this feature, according to Senior Technical Marketing Engineer for Micron Jon Tanguy. Tanguy also added that the M600 also has a sequential read/write rate of 560 MBps and has a random read/write rate of up to 100,000 I/Os per second and 88,000 I/Os per second, respectively. 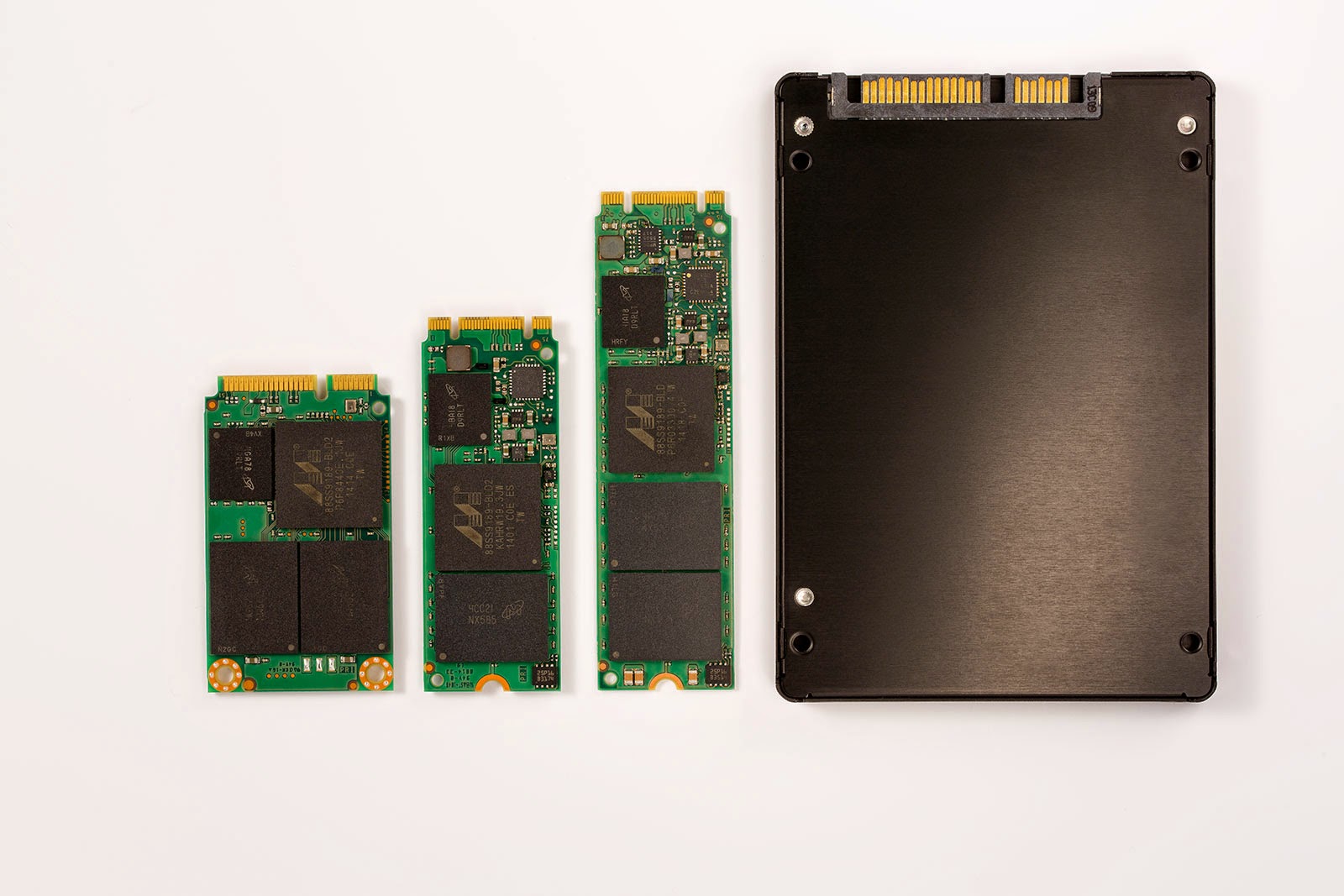 The M600 is based on an 8-channel Marvell controller that comes with government-grade hardware encryption using the 256-bit AES protocol. This SSD is being marketed to manufacturers of corporate notebooks and ultra-thin netbooks as well as workstations and desktop PCs. As a result, the M600 comes in three form factors: a 2.5" SSD, an mSATA card and an M.2 memory stick. The mSATA and M.2 form factors come in 128GB, 256GB and 512GB capacities for $80, $140 and $260, respectively. The 2.5" SSD comes in all the same capacities for the same prices but adds in a 1TB version that runs $450. In addition to that, the prices drop depending on the quantity you purchase, meaning the more you buy the cheaper they are per unit.

These prices may seem a little steep but they are in line with consumer-class products. SanDisk recently released its Ultra II SSD, which sells for $0.44 per GB. This SSD uses triple-level cell NAND flash, which means it stores three bits of data per NAND flash cell making it the densest industry specification to date. However, the more bits that are stored in cells the bigger the potential for data errors, which requires companies to create more sophisticated ECC.

Micron, instead of packing more bits in cells or over-provisioning its SSD with flash capacity, reduced the size of its process technology and added what "Dynamic Write Acceleration". Dynamic Write Acceleration is a special firmware that changes flash cells from single-level cell technology to multi-level cell technology. According to Tanguy, "So you can swap back and forth dynamically in order to deliver a pool of SLC or MLC capacity. Any new data programming is performed in SLC mode for really high performance."

This new firmware allows Micron to create a dynamic pool of cache without the need to overprovision. "We think doing this gives us a good method to address client loads that tend to be bursty in nature as opposed to enterprise data center write workloads that tend to be sustained," Tangy added. However, changing the NAND flash from SLC to MLC and back does increase write amplification. Increasing this wears out the usable lifespan of NAND flash more quickly. "The additional write amplification introduced with the new dynamic write acceleration firmware is manageable," Tanguy stated.