The Surface Pro 3 Is A Nightmare For DIY Users 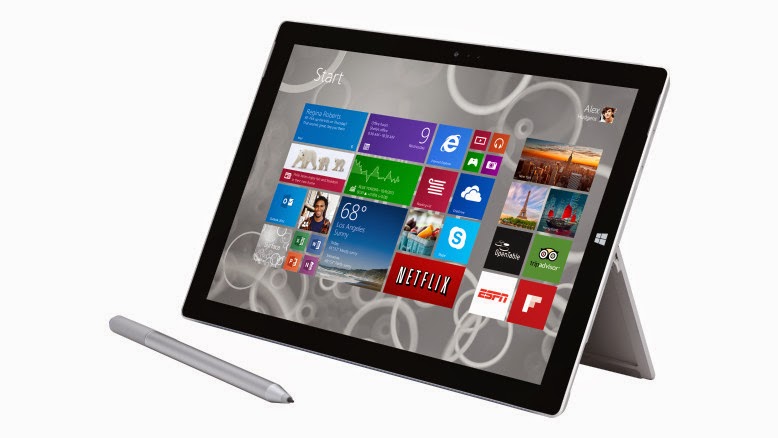 The Surface Pro 3 is officially available from Microsoft with the company touting the hybrid device as a true notebook replacement. However, a lot of do-it-yourself tech junkies out there are singing a different tune. DIYers in no way see the Surface Pro 3 as a notebook replacement, instead viewing the hybrid as a tablet only through and through, according to iFixit.

iFixit, which is based out of San Luis Obispo, California, is one of the most well-known electronics repair companies in the country and recently acquired the Surface Pro 3. Once in hand, iFixit decided to tear the thing apart (in a professional way) to see what Microsoft had stuffed inside it and to determine how easy or difficult it was to reach the internal components. On iFixit's repair score spectrum, which rates how easy or how difficult it is for a DIYer to get inside and replace things, iFixit rated the Surface Pro 3 the lowest possible score of 1.

Several characteristics of the hybrid were to blame for the incredibly low score, including what iFixit called a "paper-thin display glass" that actually cracked when the team tried to pry apart the device. According to an email about the device from iFixit, "The Surface Pro 3 traded the 2's 90+ screws for some seriously hideous adhesive, and consolidated even more components."

The cracked screen wasn't the only thing that went wrong with iFixit's teardown. In addition to the screen, the battery in the hybrid also became warped thanks to the thick adhesive spread throughout the device. This adhesive technique is a common thing among ultra-thin tablet makers these days. Though we shouldn't be too surprised by this as iFixit also gave the Surface Pro 2 a repair score of 1 and the original Surface Pro a 1 as well.

"We think the 3 is pretty much the same insane difficulty to repair as the 2," according to Co-Founder and CEO of iFixit Kyle Wiens. "You're more likely to break the screen than on the 2, but things are more a bit more straightforward once you get inside, it's not very modular."

It isn't just Microsoft devices that are receiving these low scores. Other popular tablets have also earned 1 point repair scores, including Apple's iPad Air. The thing for Microsoft is that it has been touting the Surface Pro 3 as a notebook replacement, not a tablet. When you compare the Surface Pro 3 to other notebooks, accessibility is simply a nightmare. Talking about repairability Wiens added, "Notebooks are usually pretty darn good. Dell, HP and Lenovo post service manuals for their laptops and believe that they are reasonably serviceable."

Some notebooks are just as impossible to get inside of as the Surface Pro 3. iFixit tried to break into a Retina Display MacBook Pro in 2012 it titled the device the "least-repairable laptop we've even taken apart", giving it a score of 1 also. However, the MacBook Air, which Microsoft has used as a direct comparison for the Surface Pro 3, earned a repair score of 4 out of 10 from iFixit last year.

"Part of the reason we emphasize repairability on tablets is that it's such a huge departure from the designs of the past," Wiens added. "People assume their electronics are repairable, and then are surprised when they learn that things have changed for the worse."