- January 10, 2013
In February of 2002, Lenovo came in to being. 10 years later, Lenovo is now the top computer manufacturer in the world. In January 2013, Lenovo revealed 3 new computer designs at the Consumer Electronics Show in Las Vegas.

The three new computer designs consist of 2 different lines. The IdeaCentre A730 is the first model and the C-series makes up the 2nd line. The C-Series is the more affordable line  that will offer 2 models; a touch screen and non touch screen versions. With high end graphics cards being the standard and  the availability of up to 2 TB of memory, these models to compete with high end gaming systems but will be a little easier on the wallet. The non touch screen model will be available in February, while the touch screen version will be available in June.

The IdeaCentre A730 is a super sleek multi touch all in one model.  This model will allow Windows to openly compete with the Apple Mac Book Pro series. But the IdeaCentre A730 has a slight advantage over it Mac counterpart, it is equipped with a Blu-Ray drive. Lenovo has announced that this series of computers will be available in June of 2013 with a starting price of $1,499. 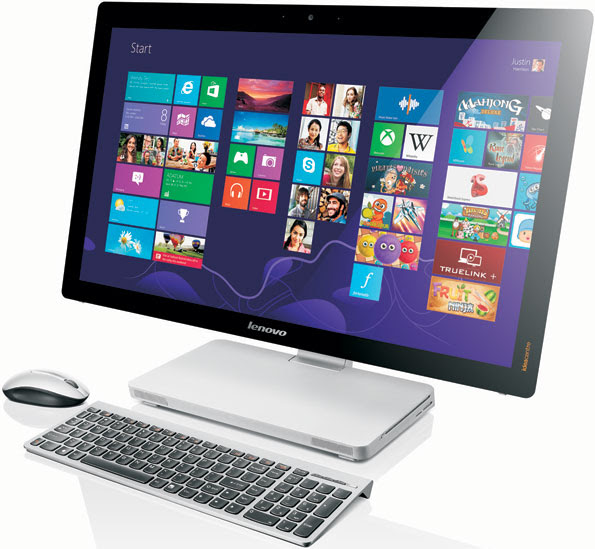 I think the new Lenovo all in one computers offer users a powerful compact computer with the portability of laptop with even more functionality than the new Mac Pro books.