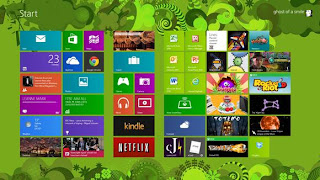 The PC market is slipping and, despite being launched with much fanfare, Windows 8 doesn't seem to be the shining beacon of recovery for the market as predicted. According to analysts, Windows 8 may do well to keep the PC industry running, but isn't enough to restore it to its former glory. According to Pund-IT Analyst Charles King, "Unfortunately, it seems unlikely that Windows 8 will be enough to turn around PC sales."

In addition to that, King added, "At the end of the day, IT sales depend as much on customer confidence as they do on vendor innovation. Vendors can occasionally nudge a market in one direction or another, a bit like a tugboat guides a far larger ship. But no single company can drag broader markets along in its wake."

The weight of the sluggish world economy has brought down the PC industry and so has a growing consumer infatuation with products like the iPad and other tablets. A lot of analysts have said that some enterprises have been holding off laptop and desktop purchases until Windows 8 comes out while others have been turning to tablets and smartphones as replacements for the traditional systems.

Robert Enderle, an analyst for the Enderle Group, believes that the PC business should get help from at least some of the waiting demand for Windows 8. "We do traditionally get a slowdown prior to a release," Enderle added. "Windows 8 is compelling. It could help turn things around but it will really depend on demand."

Another analyst, Patrick Moorhead of Moor Insights & Strategy, isn't quite as optimistic as Enderle. Moorhead notes that the biggest drag on the business hasn't been the imminent shipping of Windows 8 but has been the economy and tablets. "Windows 8 will help PC sales some, but won't be enough to make up for the lousy economy," he stated.

To top it all off, King added that he thinks the release of Windows 8 could even hurt business. "Windows 8 is so new and so radically different than previous versions of Windows that it could spark as much resistance as curiosity. On the other hand, some research has found that Windows 8's touch enablement tops the wish lists of most PC users. If that proves right, Microsoft and its OEM partners should reap the benefits."

Note: Windows 8 is expected to be readily available on computer rentals starting in early 2013.