Showing posts from May, 2012
Show all

Bing Gets Updated, Only the U.S. Has Access to New Style

How many people actually use Bing? I mean, I'm sure there are people who use it religiously, I just prefer Google. But what I think doesn't matter right now because Bing users can rejoice (or cringe) because if you head over to Bing right now, you will find that the service has an all new layout. That's right, the search engine has slapped on a fresh coat of paint and added some new things to test on the Bing community. The Bing Team just announced that the latest version of the search engine is now available for every single Bing user in the United States. Microsoft had announced a couple of weeks ago that Bing would be getting an update, promising to deliver it to the entire U.S. "in due time". For once, a company has actually made a promise and made good on it. Is this the dawn of a new era of company trust and customer loyalty? Probably not, but it's still nice. The new face of Bing is definitely a noticeable difference from the old look. Users will now fi
Post a Comment
Read more

Microsoft's Summer Xbox Deal Is Back! 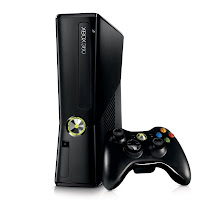 Microsoft had a nifty back to school special last year that awarded customers a brand new Xbox 360 with the purchase of any new Windows PC. Well, it seems as though the promotion was a success, enough of one at least to make the company want to do it again this year as well. Starting on Sunday, May 20, U.S. students who buy a new Windows 7 PC will also receive a free Xbox 360 as well. The deal doesn't just apply to U.S. students, however, as Canadian students also qualify for the deal which started on the 18th. In order to be eligible you will have to be a high school or college student with proof of status, like a campus ID or an email address that ends in .edu. If you qualify, you will receive a 4GB Xbox 360 with the purchase of a Windows PC for $699 or more. If you're a Canadian student, you only have to buy a $599 PC. The Xbox that students will receive is Microsoft's current $199 console, which is the lowest priced model the company offers and the one that doesn't
Post a Comment
Read more
More posts