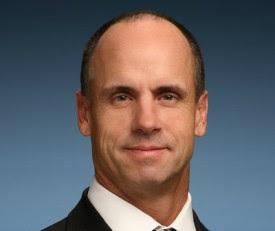 In a very sad announcement, it has been discovered that CEO and Chairman of the Board at Micron Steve Appleton died in a plane crash earlier this morning in Boise, Idaho. 51-year old Appleton was in the process of flying an experimental fixed-wing plane at the time of the accident.

According to a statement from Micron regarding the loss, "Steve's passion and energy left an indelible mark on Micron, the Idaho community and the technology industry at large." Appleton had been working for Micron for 29 years since he started in 1983 and had served the company as a Production Manager, Director of Manufacturing, Vice President of Manufacturing and Chief Operating Officer.

Based in Boise, the company is the largest memory chip manufacturer in the United States and one of the largest in the world. Micron has plants scattered across several states including Idaho, Utah and Virginia and also operates a joint manufacturing venture with Intel. Micron, for those who don't recognize the name, is responsible for brands like Lexar as well as Crucial.

Mr. Appleton began work for Micron when he was only 22, where he worked the overnight shift at the company's factory. From there he climbed the ranks until he reached the top spot of Micron CEO in 1994. However, Micron wasn't Appleton's only venture as the CEO was also a stunt pilot, triathlete and tennis player.

Our thoughts and prayers go out to Mr. Appleton's friends, family and coworkers in this difficult time.