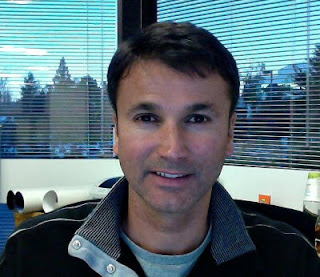 Google is definitely one of the most prominent and influential technology businesses in the world. I can't think of anybody who doesn't use the Google search engine on a daily basis and the features like Gmail, Google+, Google Docs and others make the site all the more accessible for everybody.

Being the technological giant that it is, it isn't surprising that Google is always scouting for new talent, trying to get the very best possible employees on its team. In many cases this results in Google stealing some of the best and brightest minds in the industry away from other companies, including the almighty Apple.

Apple is the most recent victim of a Google acquisition as the Cupertino company has just lost its Senior Director of Project Integrity Simon Prakash to Google. At the moment it is unclear why exactly Google wants or needs Prakash. It could be for some new intellectual property or it could be to simply weaken Apple by stealing away a great mind. VentureBeat has noted that the project Prakash was brought on for is, unsurprisingly, a secret one.

In addition to that, VentureBeat says that this is the first time that Google has been able to convince a senior employee to leave Apple. There are many reasons for that. One could be that Google never made a good enough offer but I'm betting that people were just too afraid to walk out on Steve Jobs. What's more interesting is that this job deal comes right at the time the Department of Justice is investigating both Apple and Google, as well as a host of other companies, for having a proposed agreement to not go after each other's employees. It is rumored that this agreement was put in place to keep salaries in the industry low while also limiting competition.

Prakash has worked at Apple for the last eight years and was also responsible for product quality across all of the company's product lines. It has also been said that Prakash started his employment at Google today. Given his past at Apple, Prakash may very well be in charge of overseeing Motorola's Android devices though this is just speculation.

Short-throw projectors only require half the projection distance of traditional projectors. The projector can be placed just a foot or so from the screen. This is nice because it keeps the projector and screen near each other instead of having a long throw projector that people can accidentally block.
Apple Google Simon Prakash