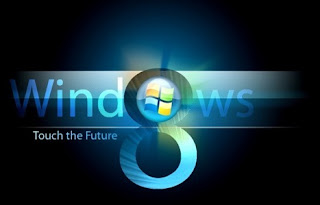 Windows 8 will be coming soon (we hope) and the tech world is in a frenzy. Windows 7 was one of the best operating systems released by Microsoft and was a much welcomed change over its previous iteration, Windows Vista. Naturally, Microsoft will be making a few changes here and there to the operating system but one that may catch people off guard is that Microsoft may be making a change to the number of editions, or SKUs, that will be sold to the public.

A couple of different files from HP's website uncovered by ZDNet blogger Stephen Chapman seem to indicate how many different versions of Windows 8 Microsoft is planning on selling to the public. Specifically, these files list the versions of Windows 8 that will be supported by drivers in an HP laptop smart card reader. Suspiciously, HP has already removed these references to the operating system from the files.

Fortunately, Chapman was able to record what the files said, which offered six different versions of Windows 8:

Individual consumers will most likely be interested in the standard 32 and 64 editions of Windows 8 with the Enterprise versions targeting large businesses and the Professional versions targeting small businesses and high-end users. However, it is still not 100% clear as to whether or not these will actually be Windows 8 SKUs. Chapman noted that these names could simply be fill-ins until the actual SKUs are announced, though the specifics are throwing some people off of that idea.

If this is real, then it is obvious that Microsoft is trying to limit the different versions of Windows 8 available to customers. In the past Microsoft has rolled out a lot of different versions of its operating systems, with some of the more complicated ones being Windows Vista and Windows 7. Windows 7 came with six different SKUs: Starter, Home Basic, Home Premium, Professional, Enterprise and Ultimate with 5 of those 6 coming in both 32 and 64 bit versions, making a grand total of 11 different versions.

Vista was exactly the same with 32 and 64 bit versions of Home Basic, Home Premium, Ultimate, Business and Enterprise with the Starter version (like Windows 7) only coming in a 32 bit version. If the HP files tell the truth, this should be a good step for Microsoft in limiting the number of SKUs. Fewer choices mean less confusion, less confusion means happier customers, happier customers means more business. The Windows 8 beta is said to start this Wednesday so maybe Microsoft will unveil something then.