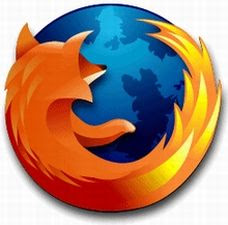 In a recent thread noticed on a developer mailing list, anybody and everybody involved in the effort has been debating the possibility of shortening the cycle even more. These developers are considering shortening the already short six week cycle to a five week cycle or even shorter than that.

According to Mozilla Software Engineer Josh Aas, "Our transition to releasing every six weeks went really well. We're getting fixes to users much more quickly than we used to, but can we get fixes to users even faster? Moving to a five week cycle would mean a fix going into mozilla-central would get to users three weeks faster."

So shortening the short cycle that people are already complaining about sounds like a good idea? To Aas it does. "That's a big deal," Aas added. "It's an upgrade in responsiveness that we can't afford not to pass on if we can pull it off. I suspect the only way to know if we can do it is to try - we can always back off if it doesn't work out."

However, not everybody is objecting to the idea of shortening the cycle. Firefox Release Manager Christian Legnitto stated, "Yes, I absolutely think in the future we will shorten the cycle--but it won't be soon. We have some work to do to make six weeks smooth from a process, tool and product side. When we get six weeks down to a science, we can shorten as needed."