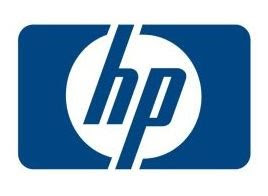 Even though Hewlett-Packard might stop selling WebOS devices and move its PSG (Personal Systems Group) into a separate company, they haven't been stopped from unveiling seven new PC's today. They updated their Omni, TouchSmart and HP Pro lineups. These PC's all have starting prices ranging from $400 to $900. So even though they might not be keeping their PSG division around (which is responsible for desktops and laptop PCs), they are making it clear they still plan to be a leader in the PC market. HP plans on all-in-one PCs becoming a huge seller next year and even cited that they expect interest to grow from 9.9 percent to 15.7 percent in the next 12 months.

The first two PCs they are rolling out are the Omni 120 and the Omni 220. The Omni 120 has a 20-inch screen and will offer up to 750 GB of hard drive space and your choice of an AMD or Intel processor. The 21.5-inch Omni 220 will have a unique cantilever design and will have Intel's 'Sandy Bridge' core processors. The Omni 220 will be available September 11 starting at $800 dollars, followed by the Omni 120 becoming available September 21 with a starting price tag of $400.

HP also plans to release four new TouchSmart PCs around the same time. The TouchSmart 320 has a 20-inch screen and won't be in stores until October 2 with a starting price of $600. The 21.5-inch Touchsmart 420 and 23-inch Touchsmart 520 will be available September 11 with starting prices of $700 and $900. All of the PCs come with touchscreen displays and include Beats Audio technology.

The fourth TouchSmart being launched is the Touchsmart Elite 7320 Business PC. This all-in-one computer comes with a 21.5-inch HD LED back-lite display. You will be able to choose a Core i3, i5, or i7 processor and HP plans to launch this model September 21, starting at only $850.

The last all-in-one PC, which has no confirmed launch date but should hit stores sometime in October, is the HP Pro 3420. This computer features a 20-inch display, Core i3 processor, up to 8GB of RAM, and up to 2TB of hard drive space. The starting price of this PC is set to be $600.