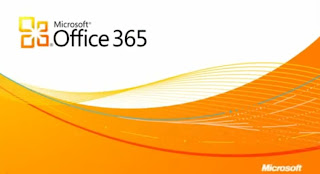 Microsoft has finally opened the door to its cloud-based Office 365 and is now offering the service as a public beta for anybody and everybody to try out. The beta is available in 38 countries as well as 17 languages. The new beta also follows several months of limited testing with a few thousand businesses that were able to take the service out for an early test drive. After this public beta, Office 365 will officially launch later this year.

Office 365, which was unveiled last October, is Microsoft's attempt at offering businesses a cloud-based alternative to some of the company's more traditional desktop and server products. Office 365 combines Office Web Apps with hosted versions of Exchange and SharePoint as well as Microsoft's Lync product. The Lync product provides the online communication and collaboration element of Office 365.

With all of this, Office 365 is designed to offer a plethora of features including document creation, document sharing, e-mail, IM, online meetings and public Web sites. Microsoft has also included protection in the form of its enterprise ForeFront security client and is also promising a 99.9% uptime for the entire service.

Once Office 365 officially launches it will be offered as two separate plans depending on the size of your company. Small businesses with around 25 employees or less can pay $6 per person per month to receive Office Web Apps and the hosted versions of Exchange and SharePoint. Larger corporations will have to chose from one of four different plans geared toward faculty, staff and students.

File Server rentals are ideal if your company needs an extra storage unit for company information while you are testing various types of storage solutions.